Hose and Reel Innovation for the Army

For the Australian Defence Force who often move quickly between locations, building a permanent fuel line to a set location is not a possibility. The manoeuvrability and the changing nature of the battlefront add to the challenge of having a large volume of fuel near the frontline. The need for a temporary solution, which can be easily deployed to the frontline, led the Army to source Petroline® layflat hose from Crusader Hose. They now have the capability to transport fuels to constantly changing locations.

“The appeal of Petroline® for the Defence lies in the fact that it provides a rapid and compact solution,” says Managing Director Francois Steverlynck. “As a military deployment, the Army needs the compactness and lightweight features of layflat hose, so that they can bring fuel to the frontline for the rapid refuelling of helicopters, aircraft and tanks.” 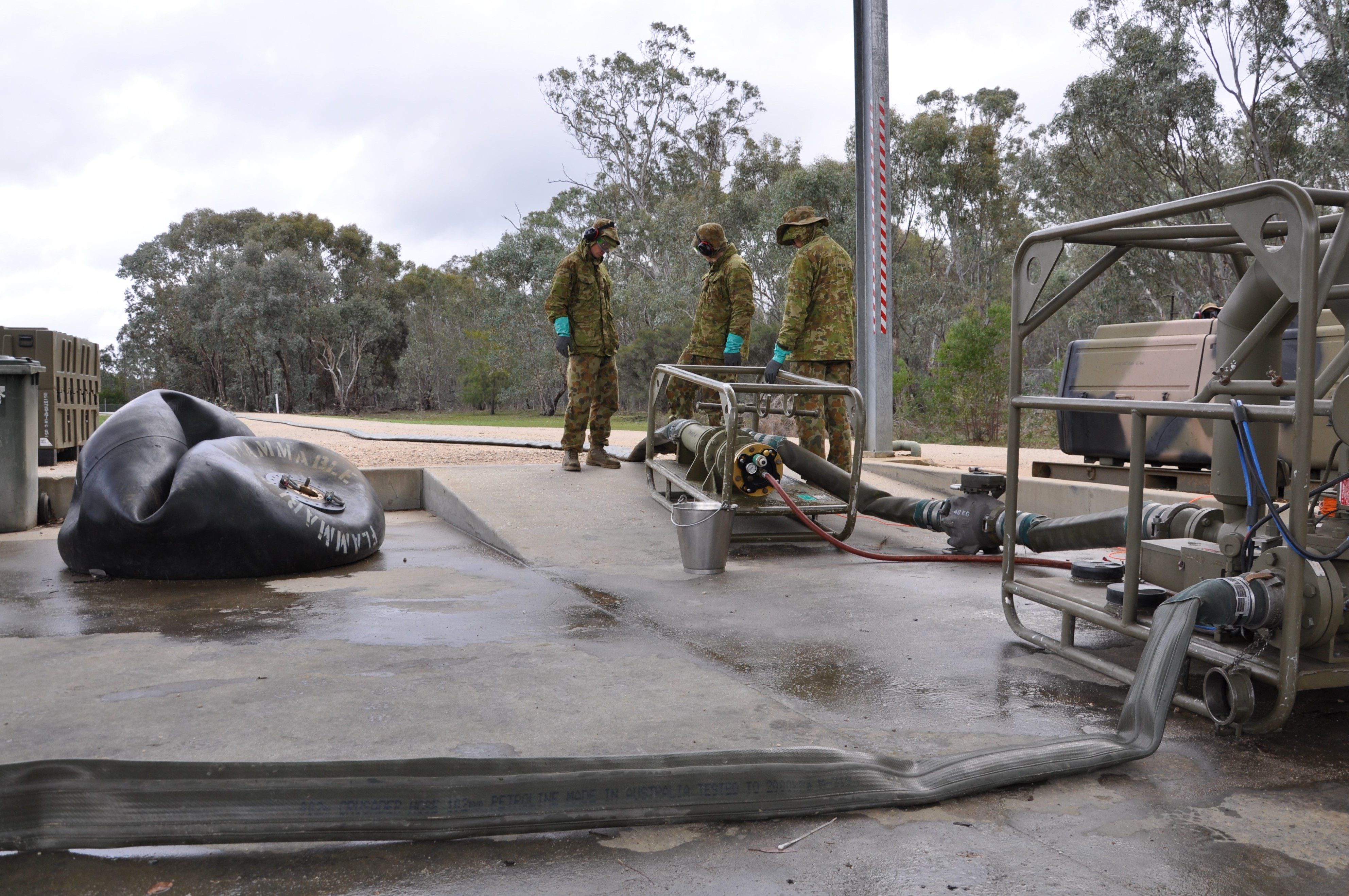 Crusader Hose secured the initial supply contract by satisfying the demanding standards set by the Australian Army and overcoming stiff competition from international suppliers.  Petroline® performed successfully in trials and a trustful relationship was established. Defence has since placed several more orders and this local capability is now firmly entrenched.

As part of this contract, Crusader Hose also developed a custom reel system to deploy and retrieve the hose. Portable reels each capable of holding 800m of Petroline® were designed and built to exacting specifications.

As well as the compact nature of the system, Defence now has the capability to pump fuels over long distances. By using Petroline®, they have eliminated the need to truck fuels over large distances, which has provided a reliable and rapid manoeuvrability benefit for the frontline troops.