There are numerous cast-iron sewerage pipes still in service around Melbourne some of which are corroding and need to be replaced and upgraded. The Hawthorn sewer main in a bustling suburb just 7 km from the CBD was one such pipeline that needed relining. The challenge for Melbourne Water was how to set up a 350 mm diameter bypass sewer line, without interrupting traffic flow across busy Power St. 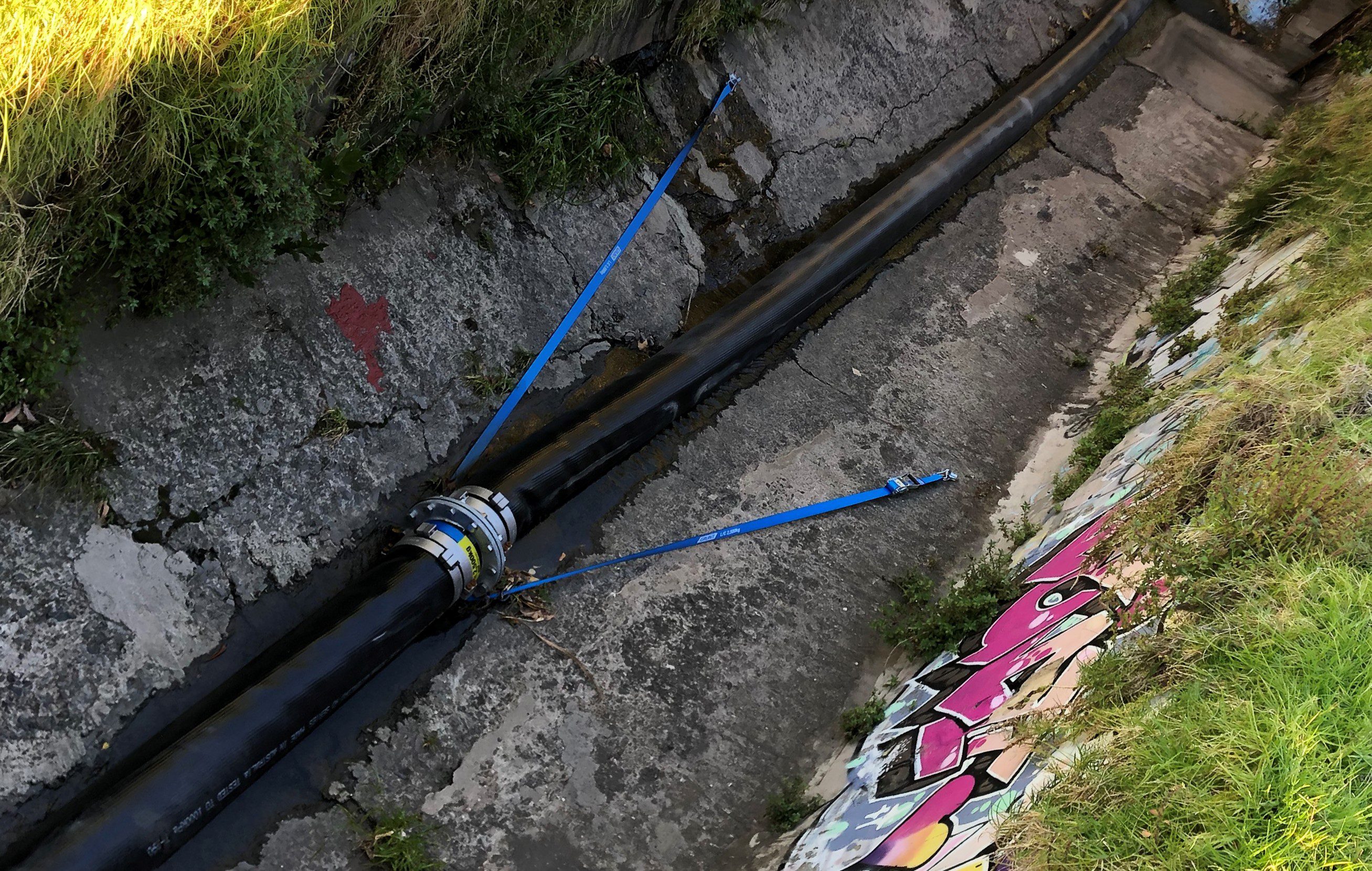 Fortunately, there was an open storm-water drain running under the road with 2 access points along its 800m length. This proved to be the logical choice for the bypass pipeline’s location. Special consideration had to be made for the drain’s fragility due to its age as well as its winding profile. Not able to sustain the weight of heavy machinery or lend itself to a rigid pipe solution, specialist engineers were called for advice.

Peter Sherwood, the Victorian manager for National Pump and Energy (NPE) was consulted. He has used layflat hose for many sewer-bypass projects for the water authorities in the past. Most recently, the successful use of the 12” Waterlord® layflat hose from Crusader Hose for a Melbourne Water uncontrolled spills project gave inspiration to the challenge at hand.

Acknowledging the potential catastrophe if the hose were to burst, Peter arranged for the sub-contractors to visit Crusader Hose, the pioneering Australian manufacturer of layflat hose. During the factory visit, all the strengths and safety margins using quality Australian-made hose were shown. “This included showing them the secure couplings and abrasion-resistance test results” said Francois Steverlynck, Managing Director.

A lightweight and easy-to-use reeling system was demonstrated so that the layflat pipeline could be easily installed without any risk of damage to the open storm-water drain. “We proved to them the success of layflat and were very happy to get approval,” said Francois.

While NPE set up their pumps, the pipeline was deployed and all couplings were connected in 2 days with minimum fuss. Peter carried out his pre-operational checks and raw sewerage was pumped through his BA300 wastewater diesel pumps at flow rates between 100 to 300 litres per second for 5 days while the main sewer relining took place.

“There was no traffic flow loss across Power St during this time” said Peter. “All in all, the layflat hose once again proved itself as a successful alternative for sewerage pumping when poly-pipe cannot be used” he concluded.